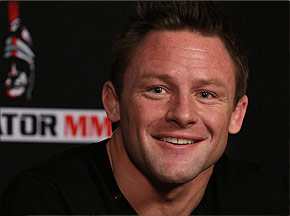 As a Greco-Roman wrestler, he won the 2006 Pan American and World Championship and was a favourite for the 2008 Olympics.

He later participated in and won the 2007 World Cup. During the end of 2008 Warren started transitioning to Mixed martial arts, and on March 8, 2009, he made his professional MMA debut. He has competed for Bellator MMA, and Dream in Japan.

He is the former Bellator Featherweight Champion.